What is Rhizosphaera And How Does It Affect Your Spruce Trees 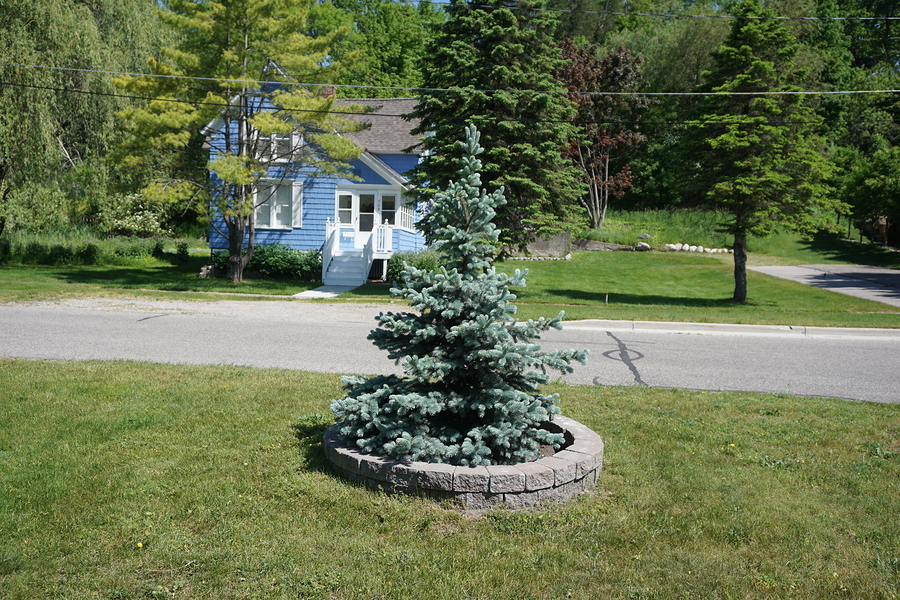 Spruce trees are great for adding to the curb appeal of a property. While some basic care is required (such as trimming branches when damaged or when they grow too close to your property), they lend a majestic aesthetic to your landscape. Unfortunately, they can also be prone to certain diseases, such as Rhizosphaera.

Rhizosphaera needle cast is one of the more common spruce tree diseases. It’s caused by fungal pathogens and can affect a number of conifer species, including not just spruce trees but also cedar trees, fir trees, and pine trees. It’s referred to as Rhizosphaera “needle cast” because it causes the needles of the tree to turn brown or purple in color before they drop out of the tree completely, leaving behind bare patches. Generally speaking, the symptoms will begin appearing on the lower branches and move upwards. You will also notice that needles are affected from inside the tree out.

Spruce trees are most vulnerable to Rhizosphaera needle cast during the spring and summer seasons as the fungus requires an environment of excess moisture and humidity in order to thrive.

If your property’s spruce trees exhibit symptoms of Rhizospahera needle cast, you’ll need to have it properly diagnosed before you can take steps to manage it. The challenge in dealing with Rhizosphaera is that it cannot be cured. Once the tree’s needles have been affected it’s only a matter of time before they begin falling out. However, if you manage Rhizosphaera properly, new needles can eventually grow in to replace those that fell out.

There are fungicides that can help you manage the disease; however, the priority should be to protect the needles that have yet to be affected by Rhizosphaera. One way to slow the spread of the disease is to remove the infected tissue. Pruning infected branches can have the same effect.

As far as fungicides go, you will need to time when you spray your affected trees by observing new growth. When new needles grow to roughly half the size of old growth, it’s time to spray them. The fungicide will need to be applied roughly three to four weeks later. Depending on how badly your tree was affected, you may need to continue applying the fungicide for the following two to three years.

The best way to protect your property’s spruce trees is to take measures to prevent Rhizosphaera from developing altogether. Because Rhizosphaera thrives in moist and humid conditions, regular pruning can help prevent the disease from developing by increasing the airflow throughout the tree’s canopy.

If you notice that the needles on your spruce trees are changing color and dropping out, you should have them inspected by a professional landscape service. Here at Twin Oaks Landscape, we can inspect your spruce trees and determine whether they have been affected by Rhizosphaera. We can suggest what steps should be taken in order to prevent the spread of the disease and to help manage it.

Additionally, we can prune your spruce trees even if they aren’t affected in order to help reduce the risk of Rhizosphaera needle cast affecting your trees. To schedule an appointment in Ann Arbor, MI, or to request more information about our professional landscaping services, contact us at Twin Oaks Landscape today.

Soggy lawns due to poor drainage are common in areas where the clay content in the soil is high. Many homeowners in the area have just resigned themselves to living with a soggy lawn, but poor drainage can cause more problems than wet grass. When... Read More
All Blog Posts
© Copyright 2022 Twin Oaks Landscape | Sitemap | Privacy Policy | ADA Disclaimer
Designed and Developed by Neon Goldfish