Select A Fast Growing Conifer To Replace Your Spruce 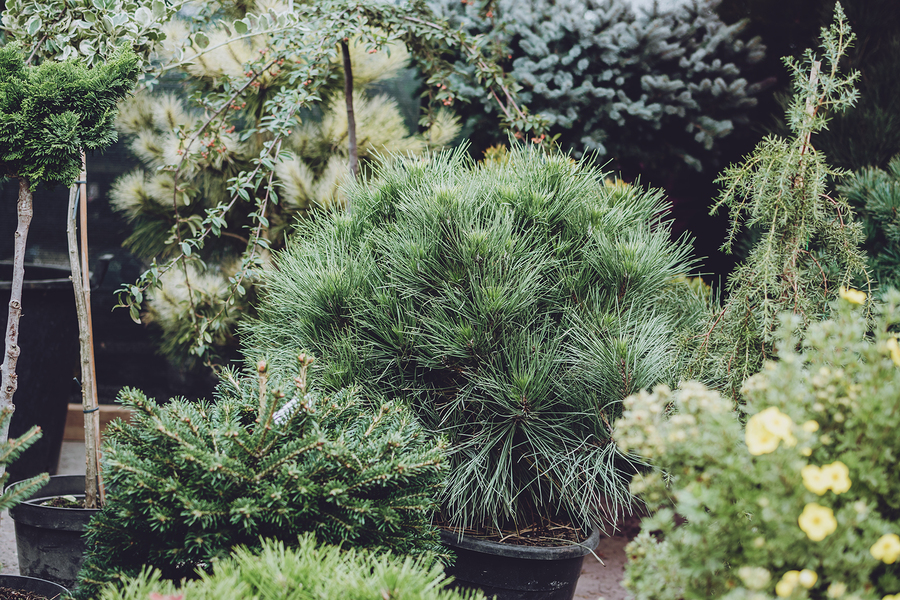 As beautiful as blue spruce trees are (especially when it comes to sprucing up commercial landscapes), they tend to be very vulnerable to fungal diseases as a result of the humid climate here in Michigan. If any of your blue spruce trees have been affected by a disease and need to be removed, then you’ll probably want to think about replacing it with another tree. We recommend a fast-growing conifer so that you don’t have to wait too long for your new trees to mature. The following are a few fast-growing conifers to consider for your commercial landscape:

The Alaska cypress, also known as the Alaska yellow cedar, will grow up to two feet a year and will typically end up being a large tree once it matures. It has weeping branches that give it a unique grace. The tree is native to the Cascade Mountains, which reach up to Alaska.

The baldcypress is a fast-growing conifer that will thrive on all kinds of sites, including wet sites. It’s often confused with the dawn redwood; however, the baldcypress has a more irregular crown along with a coarser branch structure. Although capable of growing in wet sites, it’s also able to tolerate dry conditions, making the baldcypress a very good option.

The concolor fir, also referred to as a white fir, can grow up to two feet a year. If you want something that’s somewhat similar to your blue spruce, the concolor fir is a good option because of its blue needles. Although the confolor fir can grow in somewhat alkaline soils, you should avoid planting them in sites that are particularly wet or prone to frost during the winters. This is because they will break early, which can cause frost damage once spring rolls around.

The dawn redwood is a deciduous conifer that also grows up to two feet a year — in some cases even more. Although native to China, it will thrive in the Michigan climate. It boasts soft-green needles that will shed in the fall. It’s known for its unique bark pattern as well. There are several cultivars available, including the gold rush, which is known for its bright yellow foliage.

The Korean Fir doesn’t grow quite as fast as some of the other conifers on this list (expect it to grow around a foot a year); however, it does tolerate a lot of different site conditions, making it a good option for the Michigan climate no matter what time of year it is. The tree has dark green needles with a silverish underside. It also produces a lot of cones. It’s important to note that this variety is hard to find in this area.

Different than the Korean fir, the Korean pine belongs to the white pine group and is known for thriving in the Midwest area despite being native to East Asia. Its soft, light-green needles give it a similar look to the eastern white pine. It’s important to note that this variety is also hard to find in this area.

The Serbian spruce is one of the fastest-growing conifers that you can plant. You can expect it to grow upwards of three feet a year. The Serbian spruce has an upright and weeping form along with blue-green needles that boast a silver-colored underside, giving it a particularly unique look amongst conifer trees. It’s one of the reasons that the tree has grown in popularity over the past few years.

The green giant arborvitae is a fast-growing evergreen. This variety can grow as much as 3 feet per year until it matures. It’s a beautiful choice due to its dense, rich green foliage that may darken slightly through the winter months.

This is an excellent landscape tree because of its rapid growth and versatility. You can use it as a hedge or a stand alone tree in your landscape. It is also fairly resistant to wind once its roots are established and can withstand heavy ice and snow, making it a good choice for this area.

Consider replacing the spruce tree that you’re having to remove with one of these fast growing conifers. If you’re interested in planting a fast growing conifer or would like to have your existing trees evaluated for potential diseases, we’d love to hear from you. Contact us at Twin Oaks Landscape today.

How to Get Rid of Standing Water in Your Yard

It can be incredibly frustrating to put care into keeping your property well-landscaped and maintained, only to find that you have large puddles after every storm that take an excessive time to dry up. A soggy yard doesn’t look good, but more than... Read More

The cold, dark days of winter may not have you thinking about your outdoor living spaces, but in fact, these days are the perfect time to start thinking and planning for spring. With the increase in demand for landscaping services and the supply... Read More

Your landscaping is a reflection of the pride you take in your property. When you put effort into your exterior, your curb appeal improves. Once you’ve made the investment in landscape design and maintenance, it’s important to protect that... Read More
All Blog Posts
© Copyright 2022 Twin Oaks Landscape | Sitemap | Privacy Policy | ADA Disclaimer
Designed and Developed by Neon Goldfish