What Water Feature is Right for Your Landscape? 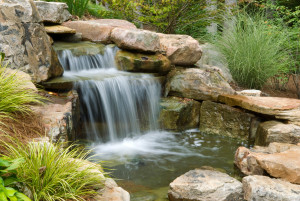 A homeowner doesn’t have to own a great deal of land to have a water feature. Even a cauldron with a few aquatic plants and a bubbling fountain can bring a sense of tranquility. A small fountain can even be brought indoors. The trick is to make sure that it blends in well with the landscape or the decor. Here are some types of water features:

These features have strict, geometric shapes such a circles or squares. They are most often constructed of reinforced and waterproofed concrete and have an outlet and an overflow to avoid flooding. In an area that’s subject to frost, the sides should be sloped to let the ice expand upwards while it freezes. Another trick is to float a plank made of pinewood in the pool so the ice can expand into it. A formal pool can also be built with recesses for plants and stepping stones.Formal water features tend to be more attractive if they are raised as opposed to sunken. There is, after all, pleasure to be had in sitting on the edge of a still, clear pool that holds some floating plants. It’s also safer for children, because it reduces the risk of them slipping and falling into the water.

These are the types of features that mimic how water behaves in nature, which means they need a lot of space in many cases. Informal pools are often made of black plastic or rubber buried in the earth with their edges held down by boulders or layers of gravel. Aquatic plants in special containers can be placed in these pools, but planting at their edges can be challenging.

The sound of falling water is soothing, and the most pleasing waterfalls are often made from level changes in small, formal pools. Some homeowners are fortunate enough to have waterwalls, where cascades roar down into a pool or pond, but this requires a very large pump hidden in a pumphouse. A waterfall in a small pond can be managed by a pump that’s smaller, submersible and inexpensive. For larger waterfalls, a pump can be placed just outside of the pool at the lower level and hidden in a brick box with a slab of stone over it. One interesting design is to have a stepped waterfall, where water trickles down the side of a flight of brick or stone steps. Waterfalls can also link the levels of streams or water courses that meander through a yard. 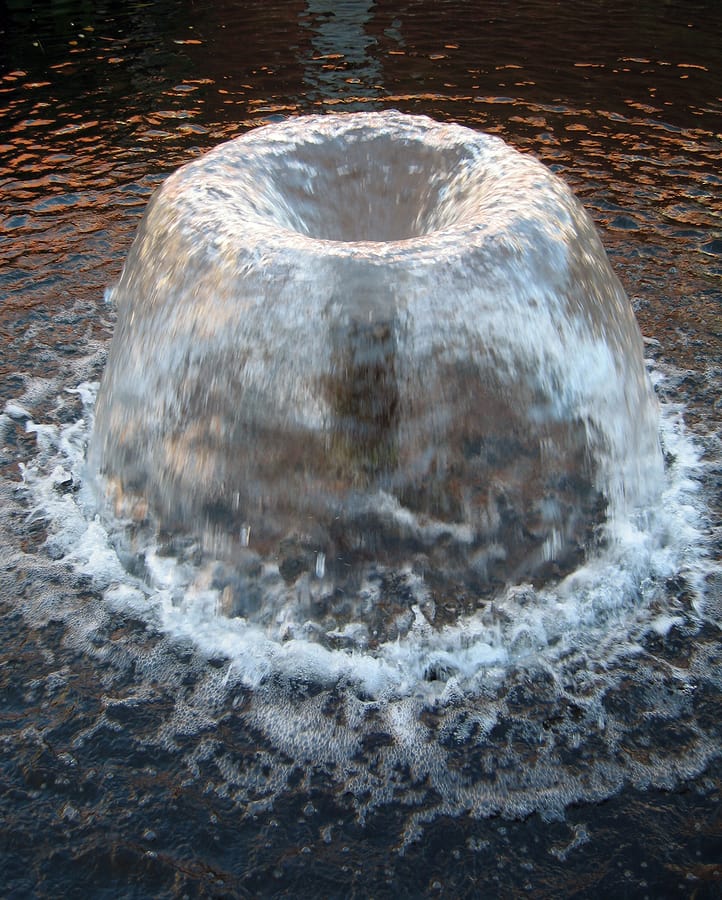 Fountains can be simple or quite complicated. The rule is that the spray should not be too high for the area of water. This means it shouldn’t be taller than the distance from the source of the spray to the pool’s edge. A spray that’s too high can actually be snatched by the wind, which causes the pool to empty out over time. Fountains can be free-standing, or they can be part of a pool.

Whether small and intimate or large and showy, pools, fountains and other features add beauty to any landscape.