5 Common Winter Storms that Can Damage Your Landscape

When someone thinks of a damaging winter storm, they probably think of a blizzard. It’s true that a blizzard can cause damage to a landscape but there are other types of winter storms that cause far more damage.

Blizzards are snow storms with winds that blow over 35 miles an hour and last at least three hours. The wind of some blizzards can knock over pots, garden furniture, and other items.

While a blizzard is defined as lasting three hours or longer, snow squalls are brief but can be just as intense. They are common around the Great Lakes.

Interestingly, snow makes excellent insulation. It’s really ice and wind that do damage in a landscape. 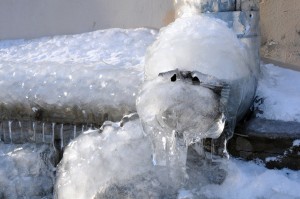 These storms leave at least a quarter of an inch of ice on tree limbs, power lines, and hardscaping. Because of this, ice storms are especially dangerous. Tree limbs and power lines can break, and people can slip on icy surfaces.

Freezing rain is like sleet except for the snowflakes completely melt as they pass through the layer of warm air. They don’t have enough time to refreeze as they pass through the cold layer of air but freeze immediately when they fall on something that’s 32 degrees Fahrenheit or cooler. Like an ice storm, this leaves a coating ice on surfaces. Freezing rain turns into an ice storm when it lasts for more than a few hours.

Container plants are most vulnerable to winter storms. If they can’t be bought into the house proper, they should be insulated with straw or burlap and taken to a protected area such as the garage. The gardener can also bury the pots with their plants in the ground then protect the area with a layer of mulch. Plastic pots withstand winter better than terra-cotta pots, which crack when exposed to below freezing temperatures.

Some trees are vulnerable to being “burned,” by the winter winds. This is especially true of broadleaf evergreens. The gardener can protect against this by keeping the soil around the tree or shrub watered and forking mulch over the cold ground beneath it.  To further protect a broadleaf evergreen tree from winter burn, plant it on the eastern side of the house.

The homeowner needs to be careful when using chemicals to remove ice and snow after a winter storm. Rock salt, sand, and deicers based on calcium should work, though rock salt shouldn’t be placed on concrete. If possible, the homeowner should simply let the ice and snow melt naturally. It’s also easier to place deicers on the hardscaping during those sunny, slightly warmer winter days, and pull weeds that can enlarge cracks in hardscape.