Will Using Salt to Melt Ice Damage Your Yard?

Heavy precipitation during winter can wreak havoc on landscaping. Aside from broken branches and frost damage, turf damage from salt buildup may not be evident until 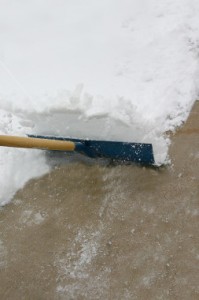 the landscape begins to green up in the spring.

The most obvious source of landscape-damaging salt is roadway runoff as municipalities routinely use salt to melt ice and to prevent roads from getting overly slick. A publication from Purdue University Extension states that the amount of de-icing salt used in one winter season could be more than 15 million tons nationwide. Landscaping s next to roadways and areas that slope downward from the road may be subject to over spray of granulated salt. Low-lying sections will accumulate and hold the brine that results from melting ice.

Homeowners who use de-icing products to keep their driveways and sidewalks from freezing also run the risk of introducing salt to adjacent turfgrass and landscaping beds.

Salt used for road de-icing is not pure salt. It is a combination of:
• 98.5 percent sodium chloride
• some mineral salts
• some sand to reduce ice slick and improve traction

Different plant species react in different ways to salt saturation with some groups being more salt tolerant than others.

• Trees that shed, including all deciduous trees, can tolerate salt better than evergreen trees such as conifers.
• Plants with heavy, sturdy and waxy leaves are not as prone to salt spray damage than woody landscaping plants with fragile leaves.
• In general, herbaceous plants are less likely to suffer permanent damage from being subjected to salt spray and brine infusion. Grasses such as St. Augustine grass and zoysia have a higher tolerance for salt, but unfortunately, these grass species do not thrive in colder climates.
• Large-leaf plants may exhibit scorch or burn marks around the edges. Hedges and bushes that face the street may turn yellow or brown on this side while the rest of plant continues to thrive.
• In the root zone, the presence of excessive salt can suppress water absorption, affecting plant growth.
• An excess of salt ions in groundwater can also affect absorption of potassium and phosphorus, leading to yellowing, stunted growth and leaf drop.

Salt-sensitive trees and bushes should not be planted too close to roadways and driveways to prevent salt damage. For landscaping elements that could be affected by salt spray, consider transplanting to a better location or shielding with a temporary barrier in the winter. Replacing affected turfgrass with pavers or mulching with river rock may reduce the need to re-seed salt-burned areas every spring.

Spray down landscaping areas with copious amounts of water right after salt application. Washing the salt off salt-sprayed foliage could minimize scorching. In well-aerated soils, heavy watering or rainfall may wash away salt-contaminated water to prevent further damage to plants.

Homeowners have no control over the de-icing materials used on public roads. However, shifting to urea-based de-icers on private property will reduce landscape damage from salt contamination.

Soggy lawns due to poor drainage are common in areas where the clay content in the soil is high. Many homeowners in the area have just resigned themselves to living with a soggy lawn, but poor drainage can cause more problems than wet grass. When... Read More
All Blog Posts
© Copyright 2022 Twin Oaks Landscape | Sitemap | Privacy Policy | ADA Disclaimer
Designed and Developed by Neon Goldfish