Which Types of Trees Need Maintenance During Winter?

Like the rest of the state, Ann Arbor MI experiences harsh winters. It can snow anytime between November and April, although some years have seen snowfall in October. Ann Arbor MI typically gets 58 inches of snow in the winter. January is the coldest month, with an average daily temperature of 24.7 degrees Fahrenheit.

Given such brutal conditions, just about any tree, especially a young or non-native tree, will need some kind of protection. A snowstorm that dumps several feet of snow within a few hours is bad news for any tree, especially if wind is also involved. Ice makes twigs and branches extremely fragile, so the recommended tree maintenance is to provide support for them. Trying to remove the ice would actually make the branches and twigs more likely to break.

Some types of trees are more vulnerable to particular winter hazards. Among them are the following:

Fruit trees
Fruit trees and exotic trees are particularly vulnerable to extreme cold. Temperatures around or below zero can kill buds, twigs and branches of such trees. The best tree maintenance in this case is prevention. Damage caused by intense cold is not reversible. One way to prevent such damage is to ensure the tree has gotten plenty of water, mulch and fertilizer during the growing season so it will be strong and healthy by the time winter comes. 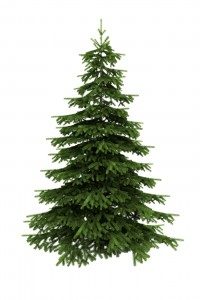 Evergreens are especially susceptible to desiccation injuries. Winter winds can strip moisture from leaves and needles. If the soil is also frozen and there is no water, the tree can’t replace the moisture and eventually becomes dehydrated. A desiccated conifer’s needles will eventually turn purple, brown or yellow. If a broad-leafed evergreen like a holly or boxwood gets desiccated, their leaves will curl and turn brown or tan at the margins. Again, prevention is key. Evergreens should either be planted in a protected area or wrapped in burlap or canvas. They should also be mulched and watered.

Some evergreens are also very sensitive to the salt used to melt snow on roads. Scots, red, and white pine are very susceptible to the foliage burn salt can cause. (Some deciduous trees like oak and sugar maple are also vulnerable to salt.) Again, trees should be protected in some fashion. In the spring, trees need to be washed to get rid of accumulated salts.

Deciduous trees
Deciduous trees are vulnerable to a condition called “frost crack” that is caused by the fluctuating temperatures of a winter day. On a sunny winter day, the south side of a tree will be warmed and the tissues will consequently expand. The temperature drops rapidly at night, and the bark will contract more quickly than the wood beneath it. The bark therefore splits. Overtime, the repeated fluctuations in the temperature causes the trunk to split open. Although the split generally heals in the spring, the tree is still vulnerable to fungi and decay. There are a number of ways to protect the tree ranging from barriers that deflect the sun away from the tree’s south side to trunk protection like whitewash or burlap.