What Type of De-icer Is Least Harmful to Your Ann Arbor, MI Yard?

After spending the spring, summer, and fall nurturing your yard, along comes winter with its ice and snow. Ice, snow, and slick sidewalks requires de-icing to improve safety for the neighbors and visitors. Unfortunately, de-icers can negate all the nurturing of plants, grass, and shrubs. 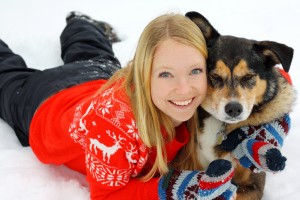 The most common de-icing compounds used in Ann Arbor Michigan are as follows:

A degree in chemistry is not needed to decide. Read the labels carefully, then read the following:

Most people are familiar with this because it’s the most-used de-icer in the United States and Canada as well as in Ann Arbor Michigan. The run-off resulting when snow and ice melt, taking water into the roots of grasses and flowers can kill or stunt those same grasses and flowers. Shrubs and trees are particularly susceptible to the effects of spray or drift from roadways upon dormant stems and buds of woody plants and on the stems, buds, and needles of evergreen trees and shrubs.

This is biodegradable and has little effect upon plants because of its low toxicity. This compound is composed of dolomitic limestone and acetic acid (vinegar) and has a low effect upon plants and animals. It’s more expensive than other types of de-icers, roughly twenty times the cost of salt. This compound works down to 25 degrees Fahrenheit, but it is prone to becoming diluted and then refreezing.

This compound usually is dispensed as pellets and is sold in shaker containers. It’s less toxic than magnesium chloride and sodium chloride but does have an effect upon plants and animal life. It heats as it melts and can work down to -25 degrees Fahrenheit, but it attracts humidity from the air that keeps the pavement wet and is corrosive to metal. Residue can be tracked inside and is harmful to carpets, tiles, and shoes. The compound costs three times the amount of salt.

High concentrations of this chemical will kill plants, although to reduce toxicity it’s often combined with byproducts from corn and grain that reduce the amount of magnesium chloride in the compound. Note that the byproducts reduce the efficacy of this compound in the de-icing process, so it is tempting to apply more for better effect. This compound works down to -13 Fahrenheit, but also collects humidity and is about twice as expensive as salt.

Remember that the purpose of these compounds is not to eliminate ice – the purpose is to loosen the bond between ice and the sidewalk or whatever you want to free from ice so it can be easily scooped from the surface. Apply only as much compound as you really need to reduce the possibilities of damage to growing plants and animals.

In a competitive housing market, homeowners are looking to increase their property values to make their home stand out. Homeowners who are invested in increasing their property values are also focused on making their home more marketable and... Read More
All Blog Posts
© Copyright 2022 Twin Oaks Landscape | Sitemap | Privacy Policy | ADA Disclaimer
Designed and Developed by Neon Goldfish