A weed is an undesired plant in a particular environment or surrounding. It is a plant that is considered useless or unwanted in a certain environment. The environment can either be a garden, farmyard, parks, and lawns. Weeds tend to grow together with planted vegetation or flowerbed and tend to make gardening difficult hindering the planted vegetation from growing efficiently and freely. The most common types of garden, lawns, and homestead weeds are the Crabgrass, Pigweed, Quack grass, Chickweed, Purslane, Lamb’s Quarters, Shepherd’s Purse and Buckhorn Plantain. Such weeds are a common gardening problem in parts of the state such as Dexter, Ann Arbor MI, and Ypsilanti among other areas. 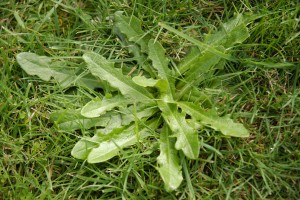 rabgrass carries the highest number of lawn discomfiture and complaints. It reproduces by its seeds and by rooting itself up at the lower joints. If not directly controlled, crabgrass competes directly with the surrounding vegetation for moisture and soil nutrients. It also hosts the leaf blast disease, nematodes, and the mosaic virus since it hosts them and become the next source of infections. Pigweed, on the other hand, is identified by its red roots, and it reproduces by producing lots of seeds. Its plenty seeds grow into a high number, hence interfering with the lawn or homestead garden plantation.

Quack Grass is a perennial type of grass that is resistant and that creeps and forms a massive layer on the soil surface thus hindering other plants from growing. It affects up to 20% of a plants growth and if not uprooted it ends up demeaning the whole lawn or garden plantation. Chickweed is classified in two different types of species, an annual and a perennial one. The perennial one is known as the mouse-ear type of chickweed which forms a dense prostrate patch in gardens and lawns. Common chickweed is the perennial type of chickweed, and it appears more delicate distant view but has leaves vertically spread.

Lamb’s Quarter is a kind of weed that is common during the summer. It is characterized by its tendency of rapidly draining moisture

from the soil. It is a fast-growing type of weed that grows annually and produces its seeds so fast. It, therefore, reproduces at a more rapid rate and takes over the plantation. Purslane is another type of weed that reproduces by its tiny black seed and stem-based fragments. It appears either in early summer or late spring. It thrives well in a fertile and productive soil under warm weather. It can live in the soil for a very extended period in the absence of moisture. It overgrows and prevents the vegetation from growing.

The Shepherd’s Purse is another type of weed that survives by manipulating itself in the fastest way possible through its seeds. The weed is annual and is flowery in nature. Its seeds are yellowish brown in color and can stay on the ground for a very long period. It survives best in cool weather. The Buckhorn Plantain is a perennial weed hard in nature that also reproduces using seeds. It is a narrow-leaved seed, and it appears in any season. Common in Ann Arbor MI. If not controlled in advance, it invades pastures, lawns, and meadows. The above weeds are dangerous and can ruin gardening activities if not controlled early enough.

If you find any of these weeds in your yard be sure to contact us to have them removed today.

In a competitive housing market, homeowners are looking to increase their property values to make their home stand out. Homeowners who are invested in increasing their property values are also focused on making their home more marketable and... Read More
All Blog Posts
© Copyright 2022 Twin Oaks Landscape | Sitemap | Privacy Policy | ADA Disclaimer
Designed and Developed by Neon Goldfish