What Are the Most Typical Causes of Basement Leakage During Summer?

Hundreds of homeowners in Ann Arbor MI have to deal with the annoyance of a leaky basement in the summer, but unfortunately, not all of them are able to confirm exactly what the cause of the leaking is in the first place. Some of the most common culprits for leaking basements are as follows.

One of the primary causes of basement leakage that’s easy to overlook is water that seeps in through the windows. Air and light can commonly enter the basement through window wells, but if your drain pipe becomes clogged or compromised in any way after a heavy summer rain, then that excess water might seep in through the basement window without being stopped.

After a weak window well has become bloated with water, there’s very little to prevent it from pushing the window open and letting a torrent flush into your basement with barely any resistance.

Openings in the foundation wall 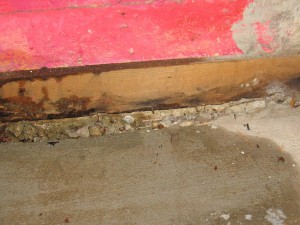 Cracks in the floor

If your basement floor happens to be made of concrete, then there’s a likely chance that it’s depth is between 2 or 4 inches. Though concrete might be hard and strong, the truth of the matter is that it doesn’t actually fortify the structural integrity of your home. An excess of hydrostatic pressure in your concrete floor can easily lead to an upward surge of force that causes cracks. If enough cracks riddle the surface of your concrete floor, then it’s very easy for subterranean water to gush up through the new openings and make your basement damp. 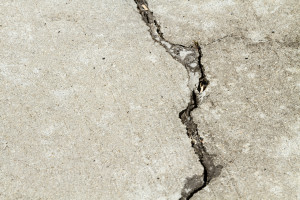 Occasionally, basement leakage through cracks won’t always be entirely be caused by any specific kind of structural integrity. Even the slightest amount of lateral pressure can lead to cracks developing in even the most stable of basement foundations. Non-structural cracks in the basement are actually the most frequently-occurring types of cracks that directly cause leaking in the basement.

If you live in Ann Arbor MI need the leaking in your basement taken care of, then it might just be a simple matter of expanding polyurethane injections. Professional Ann Arbor MI landscapers can effectively fill the cracks in a manner that seals the opening out to the soul. The crack filling can be made to maintain flexibility, which can be highly beneficial for ensuring that future movement i the foundation won’t be as likely to cause reopening.