RED flowers for your Garden

If RED is your color, and it is one of the most eye-catching colors within a landscape, we offer these recommendations:

ONE OF OUR FAVORITES…..      Hibiscus Moscheutos “Red Cloud” 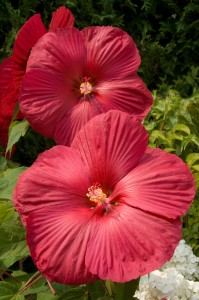 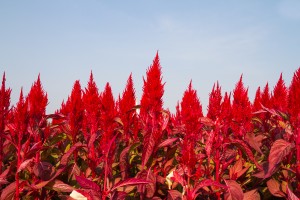 Celosia flowers, also called Wool Flowers or Cockscombs, have unusual flowers that can bloom up to 10 weeks. These flowers can have red, pink, purple, gold or bicolored blooms. When many celosia flower blooms are next to each other, they collectively resemble fire, which is why the genus name Celosia, meaning burning in Greek, was chosen. The common name of cockscomb comes from the bloom’s resemblance to a rooster’s comb. Not all celosia flowers look this way – there are many shapes, colors and sizes (from 6 inches to 2 feet). And each blossom is made up of many tiny flowers, which is why this flower will produce numerous small seeds and keep sprouting in your plant containers with no extra effort on your part. Celosia flowers also look great in vases and bouquets, so you can bring their beauty indoors. 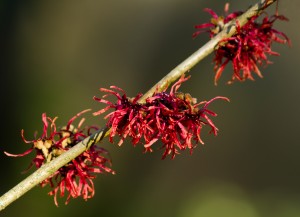 Common name: Witch hazel, winterbloom, snapping hazel.  This deciduous, slow-growing shrub, one species each native to China and Japan and two from North America, is somewhat of a rarity. Reaching a height of 10 feet, it showcases alternate, broadly ovate green leaves to 6 inches in length. Starting in winter, initially on bare branches, curious flowers with strap-shaped petals unfurl from dense, axillary clusters on warm days. The 1-inch flowers feature four “fingers” each and range from yellow to orange to red, depending on the variety.

What makes witch hazel a rarity is that the flowers, next year’s leaf buds and the fruit can appear at the same time (the name hamamelis translates as “together with fruit”). Along with the distinctive flowers, certain witch hazel varieties put on a fall color show, their foliage aging from butter yellow to orange, finally turning scarlet before falling. The climax to this show comes with the fruit. Two-parted capsules about 1/2 inch long, each containing a single glossy black seed, split open explosively at maturity, ejecting the seeds with sufficient force to land 30 feet away!