Five Tricks for Keeping Your Perennials Safe This Winter

Perennials are a beautiful addition to any property for plants that enhance the appeal of the space and incorporate added color to the yard throughout the year. Unfortunately, the perennials can be destroyed in the winter season due to harsh weather conditions where they’re prone to wilting. To protect your perennials this winter in Ann Arbor MI, there are a few important steps to take to ensure that they survive the cold season. 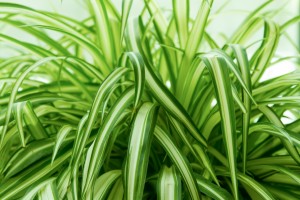 1. Move or Divide the Perennials

You can move your perennials to a safer area that has more shelter during the fall season, which will allow them to become more established and planted once winter arrives. Divide the plants when they are not in bloom for an effective way of replanting them. It’s important to group plants that have similar water requirements. Plant supports can also be placed early on in the season before the perennials grow to be too large.

2. Cut the Plant Back

Serious wilting is known to occur with perennials during the winter season but can be avoided by cutting the foliage by at least half. Cut back the dry stems to soil level to remove disease spores and pest eggs that may linger after frost for too long. You can leave the stems that have attractive seed heads. Diseased foliage from evergreen plants and shrubs should also be discarded before raking up mulch that has diseases.

One of the most effective steps to take for perennial care in the winter is to add organic material as winter mulch after the ground freezes and has become solid. It’s important to add a six inch layer of the organic material, which will prevent rodents from nesting in the soil during the winter months. The organic material will then need to be replaced again after several nights of above-freezing temperatures. You can then add the mulch to the compost pile.

You can create an organic soil conditioner by composting dead plant debris for proper perennial care during the winer season. Hot, active piles will work well at killing weed seeds and disease pathogens. This will protect the plants for several months and will allow them to continue thriving in the spring season. 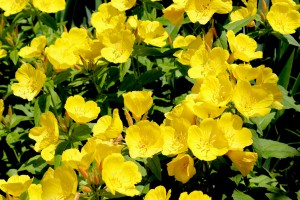 You can protect the perennials by fertilizing them with low-nitrogen high-phosphorus fertilizer. Most perennials do not require heavy fertilizing after the winter season in Ann Arbor MI, but light fertilizing will help. You can apply this with a single application in the spring season once the weather becomes warmer.

Winterizing your perennials is a simple and straightforward process if the right steps taken to protect the plants. It’ll be easier to winterize the perennials during the season if you take small steps throughout the year to carefully prep them. Although it may require a bit of work, you won’t need to provide further care for the next few months.