Ottawa County residents have an alert arborist to thank for the discovery of hemlock woolly adelgid, which triggered response efforts by the Michigan Department of Agriculture and Rural Development to help protect the state’s hemlock trees and other natural resources.

The infestation was discovered in June by an alert arborist working in Park Township who reported his suspicion to MDARD. Samples were sent to a United States Department of Agriculture insect identifier who confirmed the insect as HWA.  MDARD immediately initiated a survey of hemlock trees within a mile of the positiv 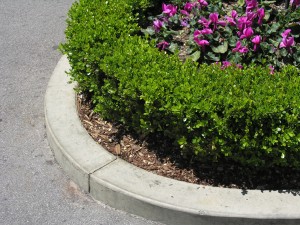 e site and during that survey two more positive locations were discovered. Impacted property owners have been notified and the known infested trees are being treated. MDARD is currently working with its state and federal partners on a comprehensive response plan.

HWA is a small, aphid-like insect that uses its long siphoning mouthparts to extract sap from hemlock trees.  Native to eastern Asia, HWA was discovered in Virginia in 1951 and has since spread over an area from Georgia to Maine, decimating hemlock stands across much of the eastern U.S. HWA will cause widespread tree mortality and move to other areas if left untreated.

“Michigan is home to more than 100 million hemlock trees which provide valuable habitat for various animals including birds, deer and fish. These trees are critical to the ecology and aesthetics of Michigan’s northern forests,” said Gina Alessandri, MDARD’s Pesticide and Plant Pest Management Division Director. “This discovery underscores the importance of citizen involvement in exotic pest detection.  Without the report from an alert individual, it may have gone unnoticed for months, or even years, making management of this devastating pest much more difficult.”

The origin of these infestations is not known. Work is being conducted by MDARD in an effort to identify the source of the infestation. So far, no clear source has been found, but a likely source is hemlock nursery stock moved into Michigan from infested areas outside of the state either prior to MDARD’s Hemlock Woolly Adelgid Quarantine implemented in 2002, or in violation of the quarantine. There are no known established populations of HWA anywhere else in Michigan.

“Nursery operators, landscapers and homeowners should never accept hemlock from quarantined areas, and never accept hemlock without proper certification,” said Alessandri. “Examine your hemlock for the presence of white, cottony masses on the underside of the branches where the needles attach.  If you suspect HWA, contact MDARD immediately.”