Can Snow Buildup Have the Same Effects as Overwatering?

Every year, winter brings a blanket of snow that buries outdoor gardens and lawns until spring. But when spring arrives, will the melting of the 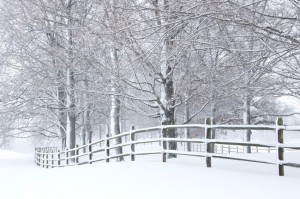 snow harm the plants underneath in the same way that over-watering would?

A lot of the answer depends on how much snow an area gets over the course of a given winter, and how much of it melts all at once. Towards the start of the season, there may be several early snowstorms that arrive before the winter has gotten cold enough to stay below freezing during the day. If this is the case, some or all of that snow will melt away long before the major spring melt. Snow buildup doesn’t start contributing to a potential over-watering situation until the days stop getting warm enough to melt the snow slowly.
A similar situation can occur towards the end of the winter. If the days start getting warm enough to melt the snow, but the nights are still cold enough to re-freeze it, than the water won’t all be released into the soil at once. In fact, this can be a ward against plant damage from too much water, as the re-frozen water below the snow pack will act as a barrier, diverting snow melt from above and forcing it to drain off elsewhere– usually out onto asphalt and other spots where the snow has been cleared. 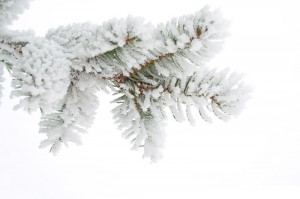 Another major factor is how long the snow takes to melt. Once the sun starts hitting the snow, the topmost layer will begin to melt, but snow is surprisingly good insulation. Not only is it mostly air, but it reflects sunlight exceedingly well. Under normal conditions, only a small amount of snow will melt each day, creating the effect of a regular watering schedule. For a fast melt, you would need a very sudden, dramatic change in the ambient temperature during both the day and the night to melt the snow and keep it melting, or you would need to increase the albedo of the snow to allow it to absorb more heat from the sunlight. Dead autumn leaves, for example, can hasten snow melt if they find their way on top of the snow, since they don’t reflect sunlight.

Unless it’s been a very intense winter and a very sudden warmup, the effect of melting snow shouldn’t flood out any plants that are native to the planting zone they are in. Many lawns and gardens, however, utilize non-native plant species. If you buy any plants or grasses from a nursery, they will be able to tell you what climate zone your garden is in and what plants are hardy to that zone. Non-native plants can be detrimental to the ecosystem at large in addition to being harder to take proper care of, so it’s always best to use native species if possible.

Of course, shoveling out your garden is also an option. Be careful!