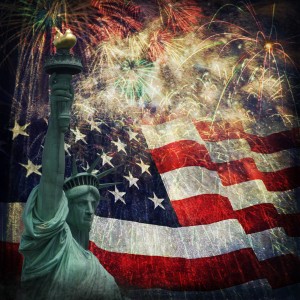 Independence Day, commonly known as the Fourth of July, is a federal holiday in the United States commemorating the adoption of the Declaration of Independence on July 4, 1776, declaring independence from the Kingdom of Great Britian (now officially known as the United Kingdom). Independence Day is celebrated with many activities, including fireworks, parades, barbecues, carnivals, concerts, picnics, baseball games, family reunions and political speeches and ceremonies.

And some interesting facts…. 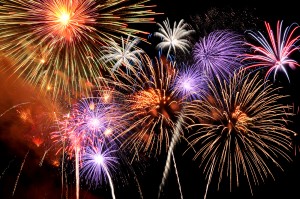 In a remarkable coincidence, both John Adams and Thomas Jefferson, the only signers of the Declaration of Independence later to serve as Presidents of the United States, died on the same day: July 4, 1826, which was the 50th anniversary of the Declaration.

Although not a signer of the Declaration of Independence, but another Founding Father who became a President, James Monroe, died on July 4, 1831, thus becoming the third President in a row who died on this memorable day.

Calvin Coolidge, the 30th President, was born on July 4, 1872, and, so far, is the only President to have been born on Independence Day.